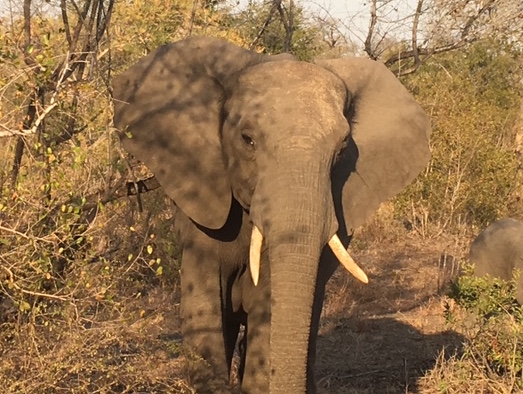 After a few weeks apart, and for the second time in less than a year, Amy and I flew from opposite sides of the world to reunite in an unknown airport in Africa. This time, far from the chaos of Douala, Cameroon, we met in the decidedly modern and western airport in Johannesburg, South Africa. Amy had spent the better part of June and July gallivanting through the U.S., while I, alone and lonely, slaved away at work back in Singapore 🙂

We were meeting in Johannesburg to visit our friends from South Africa who currently teach alongside Amy in Singapore. They had graciously invited us to spend the week with them on a whirlwind tour through a few of the country’s highlights.

Our trip may have been short on time but it was certainly not short on things to do. After a jet lagged but enjoyable day with our friends and their family in the suburbs of Johannesburg, we flew off to Kruger National Park for two days of safari. Definitely one of the most memorable parts of the trip – or of any trip for that matter – animal spotting through the vast African wilderness was a real highlight.

Due to poor planning, I was ill equipped to capture the experience on film as I didn’t bring – nor do I own – a proper camera (there are some things an iPhone camera just wasn’t made for). So please bare with the often grainy quality of the pictures below -hopefully some pictures are better than none at all – although many of our best sightings were seen through binoculars, where no photographs were possible.

In addition to the above, we spotted a whole range of other animals including lions, crocodiles, impalas and whatever this animal was. . .

For carnivores of the human variety, South Africa is second to none. There is no shortage of savory, well-seasoned meats for all occasions: tasty sausage and bacon for breakfast; biltong (dried cured meat, similar – but admittedly better than – American beef jerky) and droewors  (dried sausage) for snacking; not to mention chicken, beef and a whole lot more sausage for the (almost) daily braai (the all-occasions South African BBQ).

Our short time in South Africa was punctuated by one delicious meal after the next – most prepared and cooked by our excellent hosts.

When the weather cooperates, Cape Town is one of the most beautiful cities in the world. During our three days in the city, we were privy to the full spectrum of Cape Town winter weather: from beautiful blue skies to torrential downpours, and everything in between.

Our tour of Robben Island, where Nelson Mandela was imprisoned for 18 years, was partly conducted by a former black political prisoner. His poignant reflections of apartheid South Africa, and his first-person account of life behind bars, were both heartfelt and unsettling.

The surrounding environs of Cape Town are (justifiably) well known for their great wines. We spent a full day wine tasting about two hours from downtown Cape Town. The following morning, the start of my last full day in South Africa, we woke to rain and thunderstorms – the perfect weather for a beachside drive down the edge of the continent!

Here are some of the pictures from that drive:

One thought on “Scratching the Surface: A Week in South Africa”